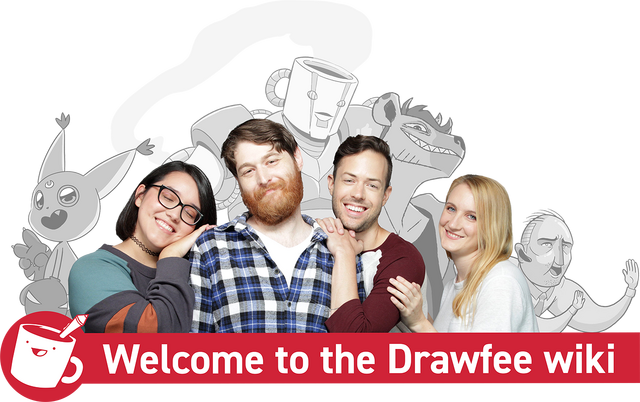 Where we take your dumb facts and make them even dumber!

While working as illustrators and cartoonists at CollegeHumor, Caldwell Tanner and Nathan Yaffe would often begin their workday by sketching random drawings to warm up. One day, Caldwell and Nathan decided it might be fun to record their drawing process (and their corresponding banter) and turn it into a little show.

The first episode of "Morning Drawfee" (a pun on "Morning Coffee") was posted to the CollegeHumor Facebook page on January 14th, 2014. The show quickly gained a following and, before long, Drawfee moved over to its very own YouTube channel.

One million subscribers later, Drawfee is now a fully independent company with 7000 patrons, four hosts, one editor and two producers.

The YouTube channel is updated with multiple videos each week, but there is such a variety of formats that the videos can take that it is often difficult for subscribers to predict what the next upload might contain. The list of active and inactive series can change frequently; as of the end of 2019, it appears to be as follows:

Many of their previous shows are continued under the main Morning Drawfee series.

The show has had a number of popular one-off guests such as Jaiden Animations, TheOdd1sOut, SomeThingElseYT, and TimTom in the Drawfee Art Battle Royale. They've also had popular names such as SuperMega, Ross O'Donovan, the McElroy Brothers, Jazza, and many more.

Drawfee has made many characters but there are some that have become legends, now known as Drawfee dudes.

Days and times are subject to change. 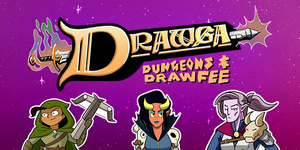 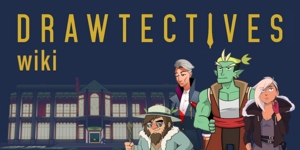 Retrieved from "https://drawfee.fandom.com/wiki/Drawfee_Wiki?oldid=4126"
Community content is available under CC-BY-SA unless otherwise noted.